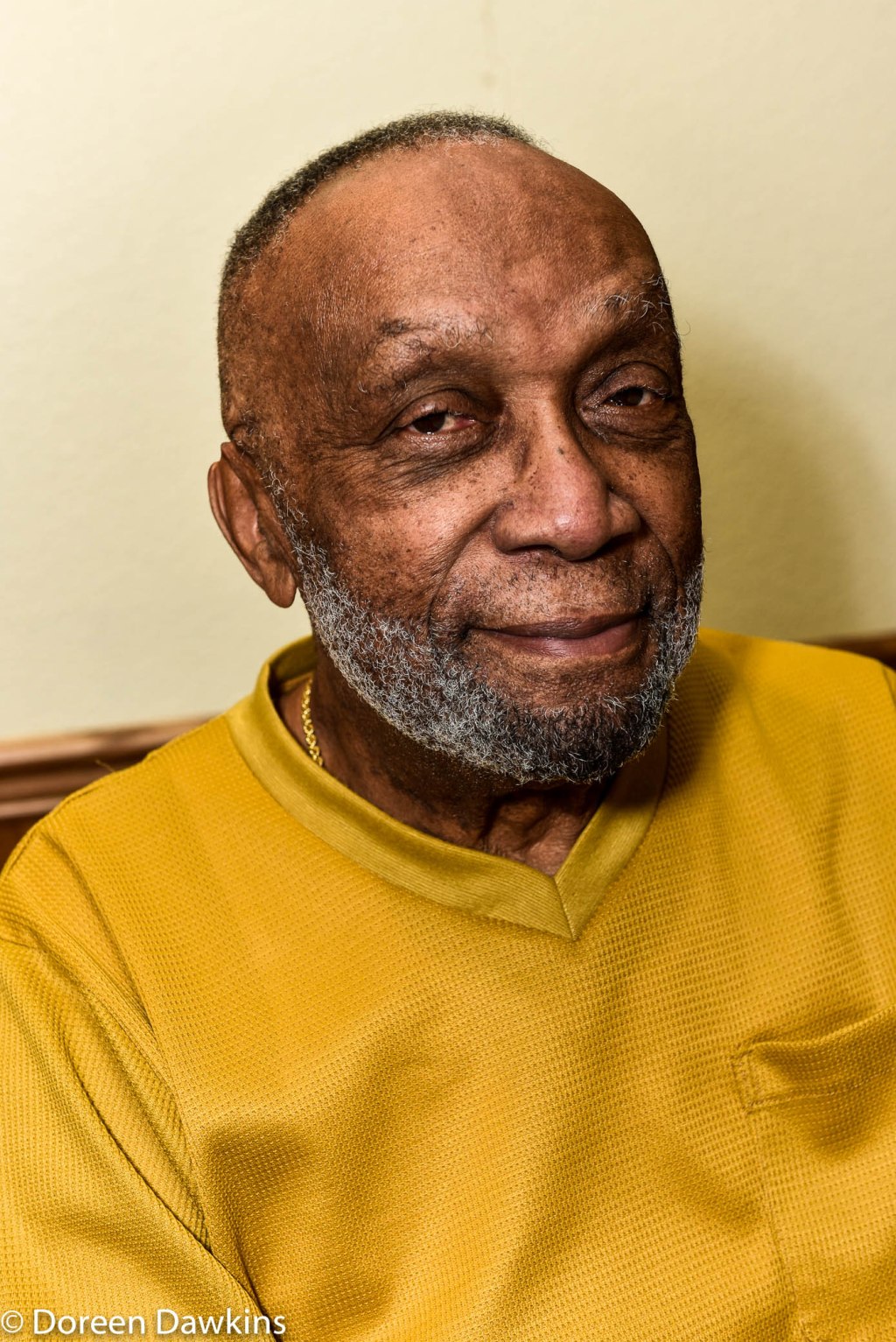 What years did you serve?

What did you do in the military?

The first two years, I was in the Amphibious Construction Battalion, then the next eighteen years I served in the Seabees.

What is the Amphibious Construction Battalion?

These were the guys that landed the marines on the base.

I was a landing boat craft operator for about 6 months. I never got transferred because I got scared and put in for school and became a mechanic.

What are the Seabees?

The history of the Seabees is during the second World War. They needed construction people. They went out and got union people: electricians, plumbers, drivers, etc. That was the first formation of the Seabees. They need someone to get out there and build runways, huts, etc. for the marines. Blacks didn’t get into the Seabees until after 1948 when President Truman desegregated the services.

Have you seen the Tuskegee Airmen exhibit at the Veterans museum?

No, but I was reading about the Tuskegee airmen when I got out of high school. That is one of the reasons that I wanted to get into the Airforce. My scores weren’t high enough, so I never made it.

Where did you serve?

In 1960, my first assignment was in Cuba. That is when Fidel Castro was doing his thing. We were building perimeter fences. After that I went to the South Pole. We were putting in a PM3A site which is a nuclear reactor plant. I did a tour in Vietnam. I went to Bermuda then Japan. I spent some time in the Philippines, England, and Thailand.

What was the private pay when you enlisted?

The pay was so bad that when a lot of guys got drafted in the service, their wives had to go on food stamps. The pay scales went up over the next 5 or 7 years to 60% of the rated civilian occupation (what you would be paid on the outside).

Did you experience any prejudice in the military?

I entered the military about 10 years after integration. Prejudice was still there because the civil rights movement hadn’t started. That was the late 1960s. Prior to that you were promoted by your commander. It was called command promotion. Most of the commanders where white so…. To make it equal they started making everyone pass tests.