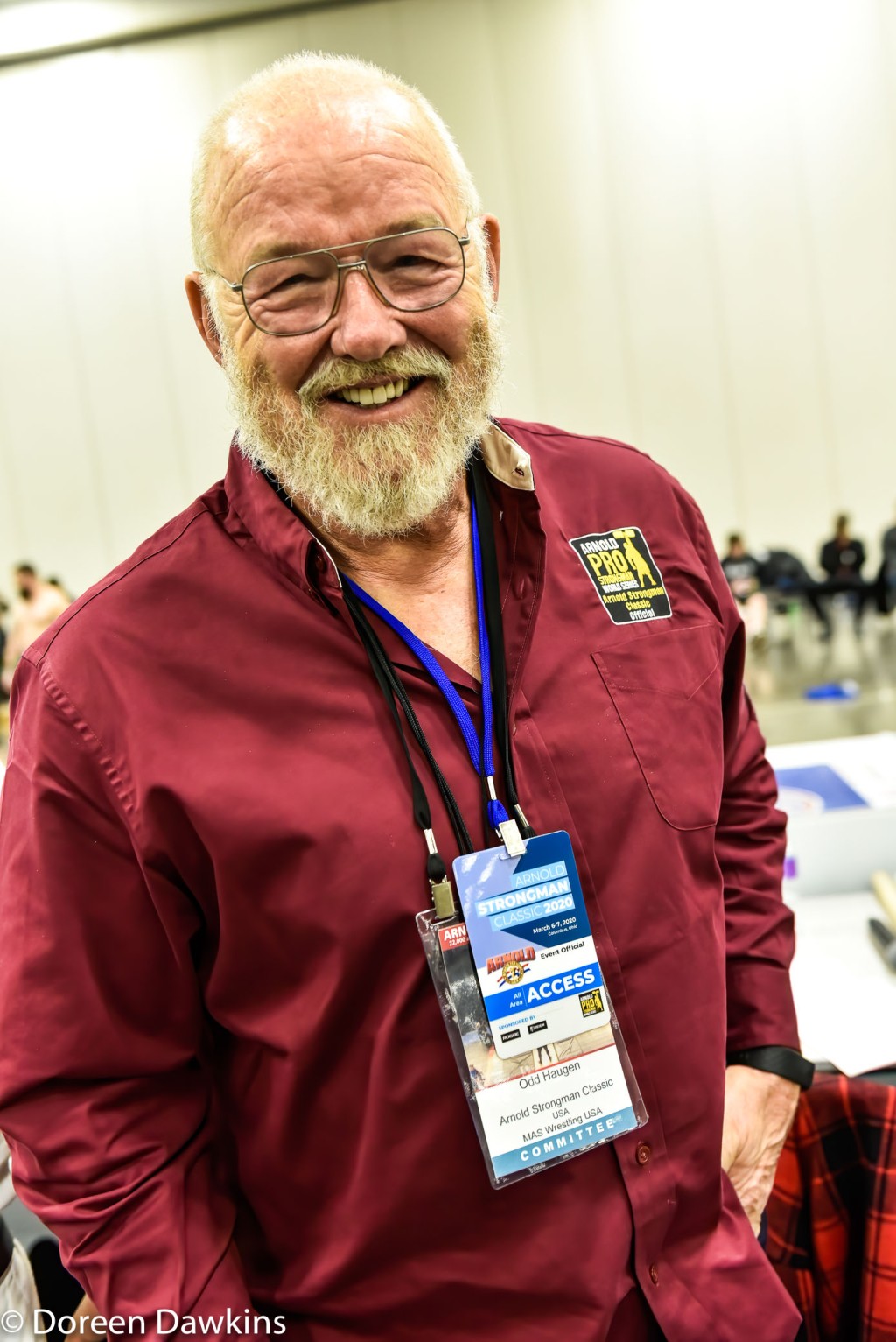 I heard you are the originator of this sport. Is that true?

I just brought it to the USA. This is an ancient sport from Yakutia (Russia). The sport has been around for thousands of years. The Vikings used to do it. They have done this sport in many cultures. The Yakutia people brought it to the modern world. This is a modern version of it.

Some one said you train Pro Strongman Thor. Is that correct?

No. I train Martins Licis.

Yes, he has a problem now, but he is still in third place.

How do you train for Strongman?

You train a lot. You eat a lot. He has been training with me for eight years.

Are you going to keep the special sauce secrets to yourself?

No. Go to Martins Licis’ YouTube channel. He shares everything.

Sidebar. I did go to his YouTube channel, https://www.youtube.com/user/MartinsLicis. It is true that Martin Licis has many training videos.

Tell me something that I don’t know about MAS Wrestling.

Martins Licis is also a MAS Wrestling champion. He won the World Championship in MAS wrestling in 2016. He has won a couple of World Cup Championships besides winning the World’s Strongest man in 2019.

Where are the larger MAS Wrestling tournaments?

In the US, do we have that many?

Sidebar: Odd Haugen has a long list of sports accomplishments. For example: he played in the NFL for the San Francisco 49ers, He was the American Federation of Strength Athletes (AFSA) Strongest Man in American in 1999. He was the strongest man in Hawaii in 2000, 2001 and 2003. He competed in the World’s Strongest Man competitions while he was in his mid-fifties. He broke a record on his 66th birthday. He lifted a Thomas Inch Dumbbell (it weighs 172 pounds and has a handle as thick as a Coke can), 63 times in 10 minutes. The previous record was 37 reps in 10 minutes. I am impressed how he continues to train and compete. I need to get moving!